“Crisis” would overstate it, but when it comes to wine bars, San Francisco is in an existential spot. Beer joints are approaching their event horizon. Cocktail spots have already passed theirs. But wine bars … remember those? Sometime about 2007?

Mission creep has turned many local wine bars into bistros in disguise, or exclusive boys’ clubs for those who go long on Echezeaux. That’s not unreasonable; it’s hard to pay the rent solely with flights of Riesling. But the wine bar, in its pure state, is a more transitory place. Come, sit a spell, and go.

I felt a rush, then, the moment I stepped into Union Larder, which occupies the bottom floor of a refurbished parking garage on the same sedate stretch of Hyde Street as Swensen’s. A wine bar, nothing more.

Owners Jay Esopenko and his wife, Melissa Gugni, own Little Vine, North Beach’s microscopic answer to Bi-Rite. Union Larder also functions as a sequel to their original store, selling sundries and an extensive cheese selection assembled by former San Francisco Cheese School Director Kristi Bachman, all of it available to eat there or take home. Esopenko’s inspiration was the Barcelona wine bar that he frequented in his 20s, the sort of place where you’d throw back a glass of cava, scarf a couple of slivers of cured meat and be on your way.

Union Larder is rather more welcoming, thanks in part to Eight Inc., which helped Steve Jobs design the Apple stores. The design brushes against industrialism — the bar’s coarse metal top, unfinished concrete framing the domed windows — yet evades the city’s current restaurant cliches. (Have we not reclaimed all the wood yet?) The 32-seat space is tall and airy enough to transition with grace from daytime shop to bar. Dusk falls and bar stools fill with young and mostly female customers.

Esopenko has devised a 40-bottle wine list, with most available by the glass, that leans heavily on newer California producers like Field Recordings and Calder, plus a smattering of Basque Txakoli, Anjou rosé and the like. His California choices in particular are pleasingly offbeat and modern, with some classics like Alban and Ridge thrown in. An intensely floral Spatburgunder — that’s Pinot Noir, by the way — is not from Germany but from Santa Barbara, made by the Teutonically inclined Graham Tatomer and served on tap.

Some fine-tuning on wine service is in order. I wish that the whites arrived a bit less frigid and the reds cooler (perhaps get them off the bar top), and that pricing was a bit more modest: While I adore Lieu-Dit’s Melon from the Central Coast, $16 per glass is steep for a $24 retail bottle.

“Larder,” incidentally, is not a metaphor. Chef Ramon Siewert, a Quince veteran, operates with a radiant-heat oven and meat slicer. He cures his own coppa, bresaola and such, making patés and terrines, and plays off Bachman’s work by populating the menu with fondue and raclette. The most ambitious might be Siewert’s Red Hawk BLT, which incorporates country bread with slightly too coarse a crumb so that pungent Cowgirl Creamery cheese oozes out of what’s already a bacon-larded sandwich decadent enough to make Mae West blush.

Just enough, in other words, to fulfill a wine-bar destiny.

To order: Brouhaha Pinot Gris ($10/glass); Tatomer Spatburgunder ($16/glass); any of the cheeses.

Russian Hill residents are going to be very happy to hear about this new and impending addition to their neighborhood! Melissa Gugni and Jay Esopenko of the popular Little Vine speciality grocery (and sandwich shop) in North Beach are going to be opening a new concept, ~UNION LARDER~, in Russian Hill. It’s going to be a cheese, wine, and charcuterie bar with a full-service cheese counter, plus many of the same grocery items they feature at Little Vine. They’ll have around 15 taps with wine, beer, kombucha, and cold-brew coffee.

There will also be oysters all day (yes!), some Alpine-style dishes like raclette, fondue, and bratwurst, plus their killer sandwiches and a couple of salads. John-Paul Henaff (Ame, RN74, Central Kitchen) will be consulting on the food—he is known around town as a wine guy, but it ends up he has an extensive background/knowledge of gastronomy as well.

Jay is extremely passionate about wine, and the space is inspired by a cava bar he adored when he lived in Barcelona—he wanted to create a place that is all about eating delicious food while drinking good wines. There will also be pour-over coffee from Bicycle Coffee; espresso is TBD since space is limited.

There will be around 30 seats, with a bar and some tables. The look of the space will be larder-inspired, and there will be floor-to-ceiling shelving in the back with rolling ladders. The owners are thrilled to have 8 Inc doing Union Larder’s design—8 Inc worked with Steve Jobs to design the Apple Store, and one of the designers happens to be a dedicated customer of Little Vine.

The space was originally a parking garage that was later renovated into condos—they are taking over the 800-square-foot commercial space on the ground floor, which has big windows. What’s funny is that Melissa and Jay used to live on that exact block six years ago! Kismet. They are also going to be welcoming their first baby next week, so they’re actually going to have two babies this year. Busy busy.

Look for an opening around early June. Hours will be Tue-Sun 11am-11pm, and they’ll open on Mondays a little bit after the opening. You can follow along on Little Vine’s Facebook and Twitter for updates until they get Union Larder’s social media up. 1945 Hyde St. at Union. 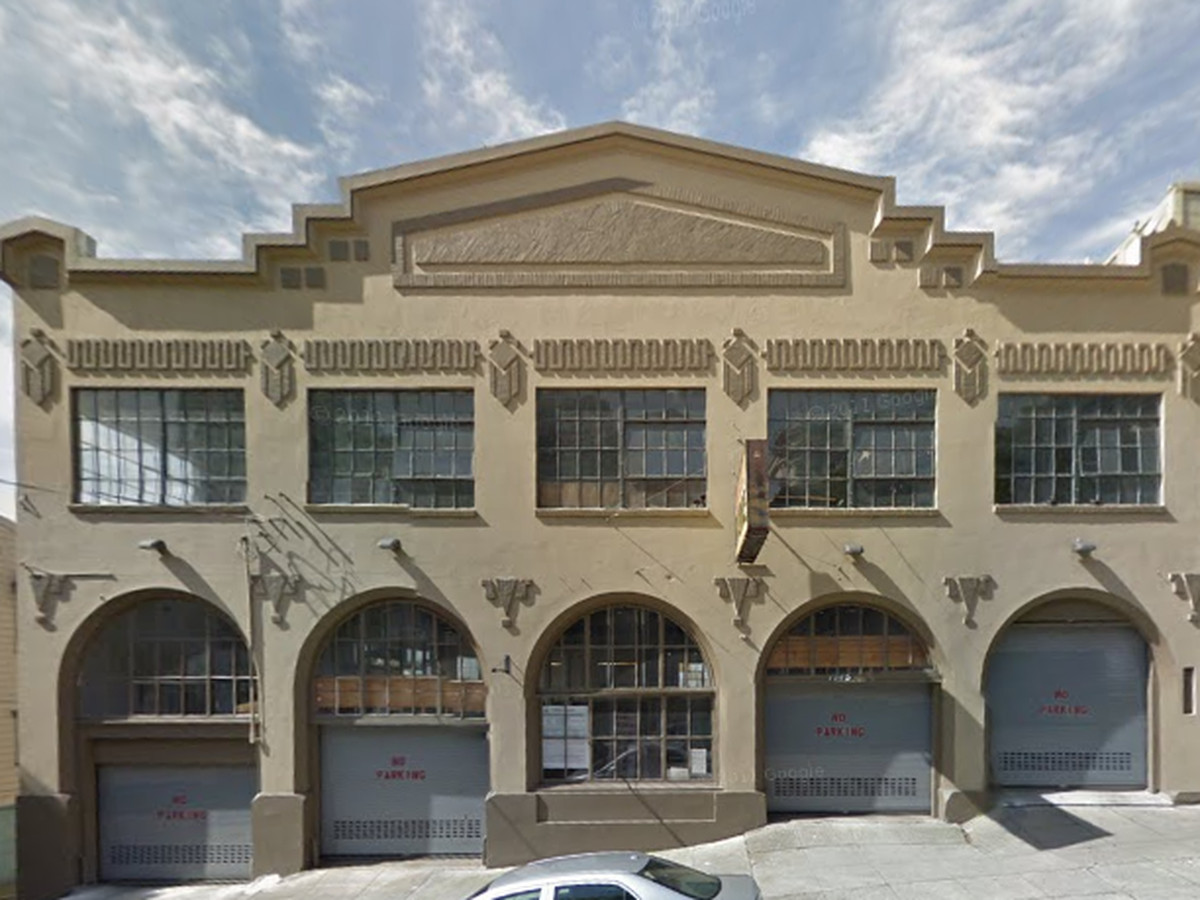 Jay Esopenko and Melissa Gugni built their upscale grocery, wine and sandwich shop Little Vine into a North Beach favorite, and now they’ve set their sights on Russian Hill with a larger outfit called Union Larder on its way. Fans of Little Vine take note: while Union Larder will be a full-service cheese, wine, and charcuterie bar, it will have a similar vibe as the tiny North Beach shop, with Bicycle Coffee, a highly curated wine selection and some of the same retail provisions on offer.

Tablehopper brings word that Esopenko and Gugni have taken over the 800-square-foot commercial space underneath the parking garage-turned-condo development on Hyde at Union Street. 8 Inc will be handling the design of the space, which will feature large windows and seat around 30 total at the bar and tables combined, with tall shelving units and rolling ladders adding to the ambiance.

The dynamic duo have enlisted the consulting expertise of John-Paul Henaff (of Ame, RN74 and Central Kitchen) to help develop the menu, which will feature dishes like raclette, fondue, and bratwurst as well as their European-style takes on sandwiches and salads. And good news for all you raw bar fans: Union Larder will be serving oysters all day, which will follow the opening hours of Tuesday to Sunday, 11am to 11pm, with Monday hours en route after things get going. Esopenko and Gugni are targeting a June opening for the new spot, so stay tuned for updates.